A swarm of earthquakes has been triggered off the North Island's east coast by a large seismic event similar to what preceded the 2011 Japanese quake and tsunami.
GNS Science has confirmed one of the largest "slow-slips" ever observed in New Zealand is currently underway off the coast of Gisborne in the Hikurangi subduction zone. 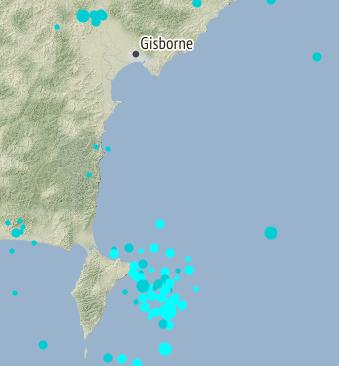