A newly discovered dinosaur skull has shaken paleontologists' assumptions to the core, throwing a wrench into the idea that all dinosaurs had symmetrical faces.
The fossilized skull of the Styracosaurus was unearthed and researchers were surprised that it had horns that were not symmetrical. They were also surprised that the differences on the left and right halves of the skull were so extreme, that if they were found separately, paleontologists could have guessed they were from two different species.
"When parts of one side of the skull were missing, paleontologists have assumed that the missing side was symmetrical to the one that was preserved," said Scott Persons, who discovered the skull, in a statement. "Turns out, it isn't necessarily." 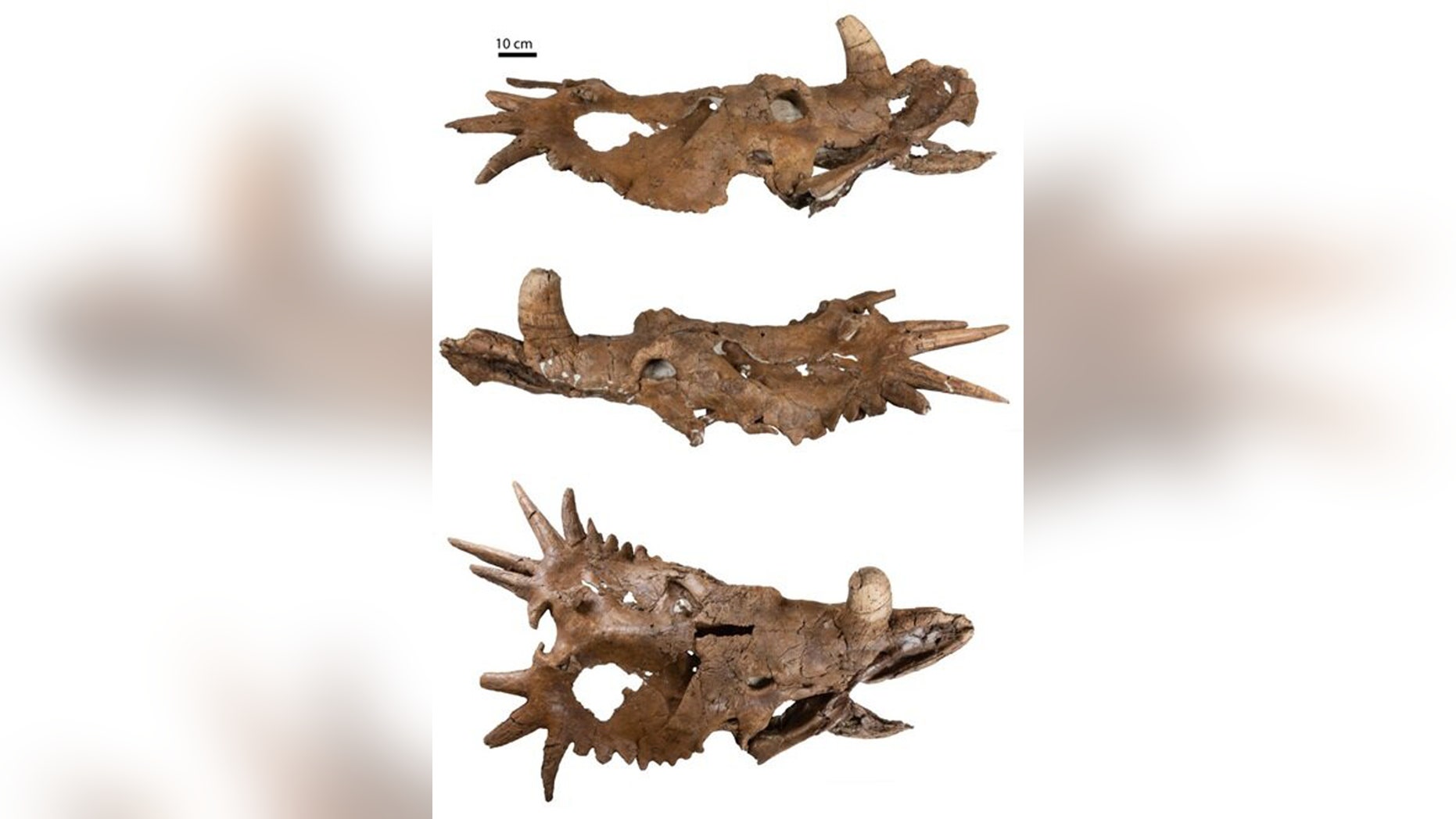