Russell Ball was taking one of his usual walks along Vancouver Island’s Puntledge River on a cool, grey day in January when he noticed something out of the ordinary.
As he knelt down and began chipping away around the patch of brown, he felt a familiar feeling as it grew bigger and bigger.
There’s a glee that comes when you think you’ve found a new fossil, or are about to break open a concretion, the compact mass that forms around fossilized materials, he said. 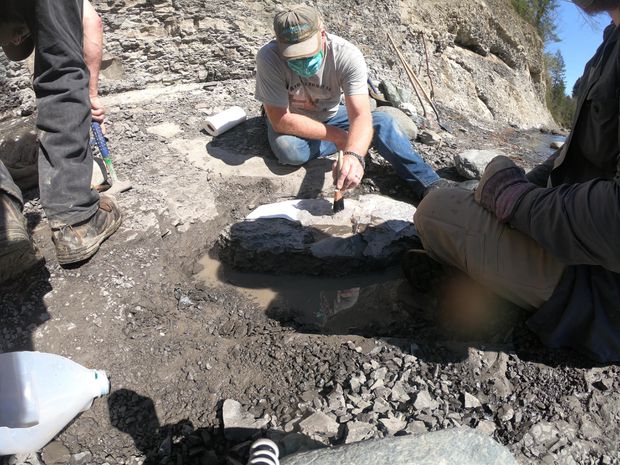