The remains of a new species of plant-eating dinosaur has been unearthed in northern Zimbabwe. It is part of a huge assemblage of fossils from the Late Triassic that could help us understand how the period’s climate influenced the dispersal of early dinosaurs.
The near-complete fossil is the oldest dinosaur fossil found in Africa to date. It has been identified as a species of sauropodomorph, ancestral relatives of the sauropods – the huge, long-necked dinosaurs that walked on four legs.
Named Mbiresaurus raathi, the dinosaur stood at least a metre tall, ran on two legs, weighed around 30 kilograms, and had a small head, a long neck and serrated, leaf-shaped teeth. 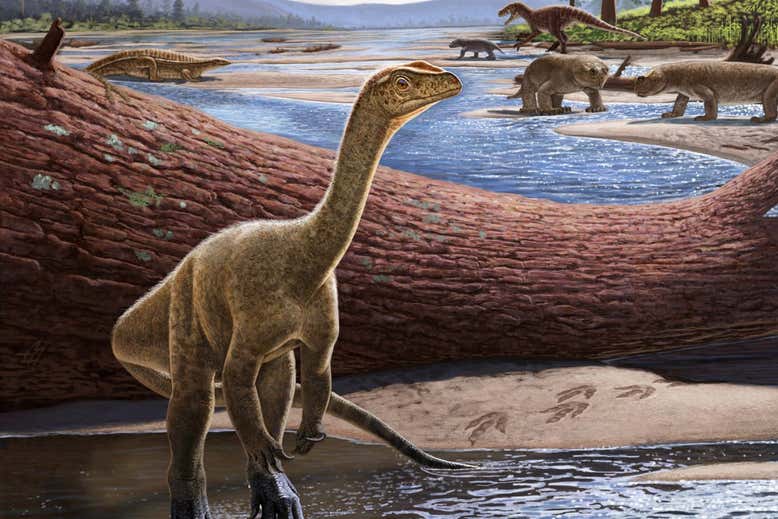