Ancient city is unearthed by archaeologists in Egypt

Archaeologists in Egypt have unearthed what they describe as a city that dates back more than 7,000 years, containing houses, tools, pottery and huge graves.

It lies by the river Nile, close to the Temple of Seti the First in Abydos.

Experts say the size of the 15 newly discovered graves indicates the high social standing of those buried.

It is believed the city was home to important officials and tomb builders and would have flourished during early-era ancient Egyptian times.

Experts say the find could be a boost for Egypt's struggling tourism industry which has been in the doldrums since President Hosni Mubarak was overthrown in 2011. 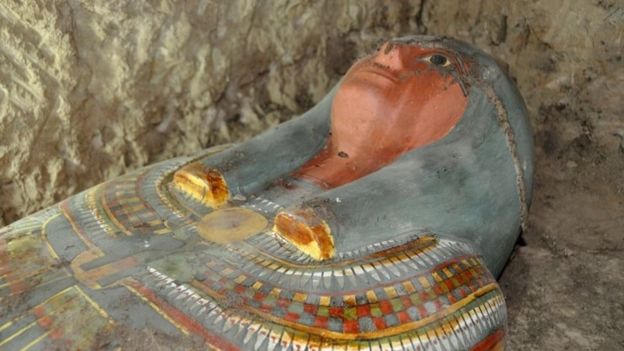