A rescue crew on Wednesday was trying to free two people from a hotel whose ground floor caved after a strong earthquake hit near Taiwan's east coast and killed at least four people.

The shallow, magnitude-6.4 quake that struck late Tuesday night caused at least four buildings in worst-hit Hualien county to cave in and tilt dangerously.
Four people were killed and 225 others injured, while more than 140 were unaccounted for, Taiwan's official Central News Agency reported.

An employee at the Marshal Hotel was killed after the ground floor caved in, CNA said. 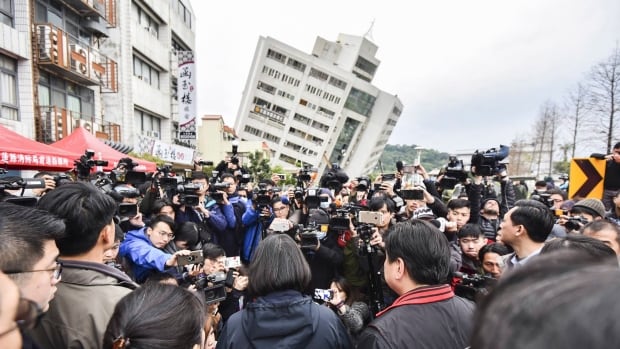