Demolition experts have blown up the remains of the giant Morandi bridge in the Italian city of Genoa, nearly a year after the structure collapsed.

Thousands of people were evacuated ahead of explosions which brought down two large towers consisting of about 4,500 tonnes of concrete and steel.

Water tanks were placed around the towers to prevent the spread of dust.

Forty-three people were killed when part of the bridge, and cars travelling along it, fell 45m (148ft) last August. 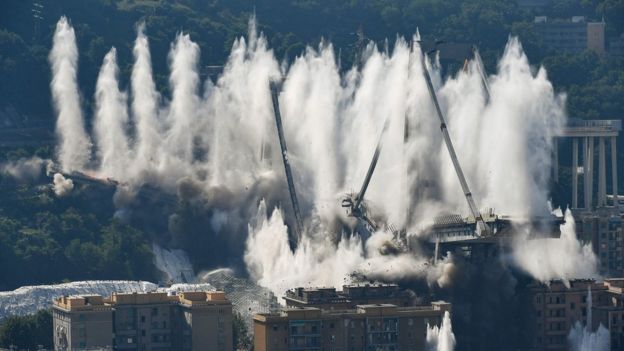