At least 36 people have died in a landslide that struck a village in southwest China, with 15 others still missing days after the disaster hit, according to state broadcaster CCTV.
The landslide late on Tuesday in Pingdi village, in Guizhou province's Shuicheng county, buried more than 20 houses, with a thick torrent of mud rolling down from the peak of a mountain to its base, some 500 metres below. 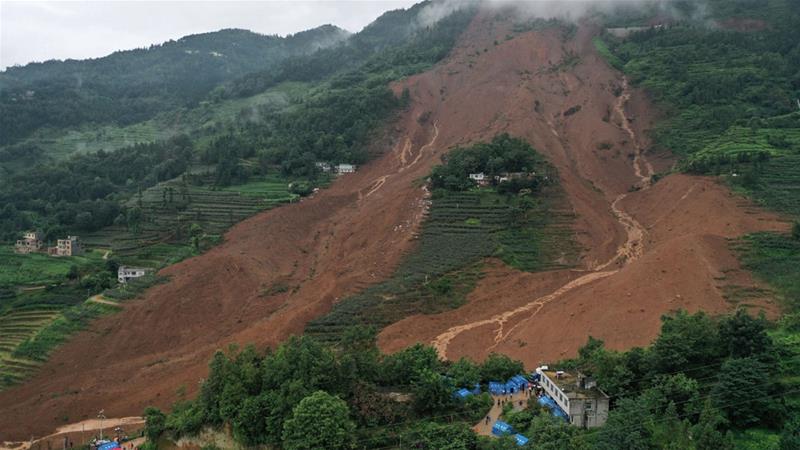