(CNN) At least 14 people have died after a series of earthquakes rattled the southern Philippines.
A 6.5 magnitude quake struck on Thursday morning, local time, in the Tulunan area of Cotabato province on the southern island of Mindanao. That jolt came only two days after a deadly 6.6 magnitude quake.
The quakes have left 14 people dead and 403 injured, according to a report released Thursday by the country's National Disaster Risk Reduction and Management Council (NDRRMC). Two people are still missing. 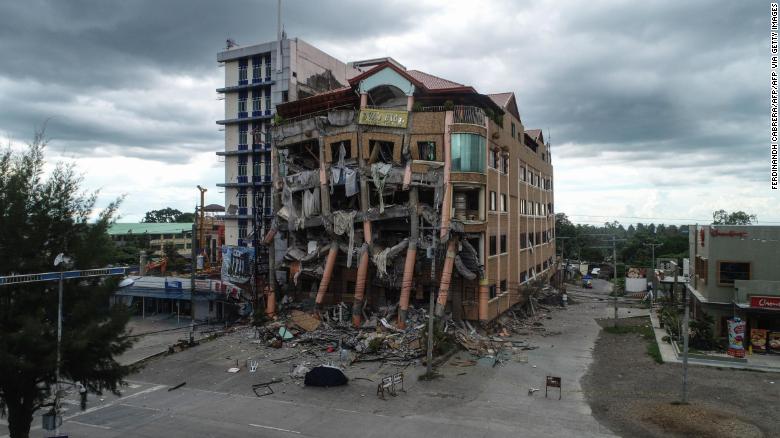