It was a historic moment that passed Sydney by.
Without any public fanfare, a giant tunnel boring machine named Kathleen has completed digging the first rail tunnel under Sydney Harbour for a new metro train line.
So unremarked has been the occasion that Kathleen has already been pulled to the surface up a deep shaft on the harbour's edge at Blues Point, on the lower north shore, and barged back to where she began her journey at Barangaroo, on the western edge of the CBD.
In the coming weeks, the 130-metre boring machine will start on the second parallel tunnel. 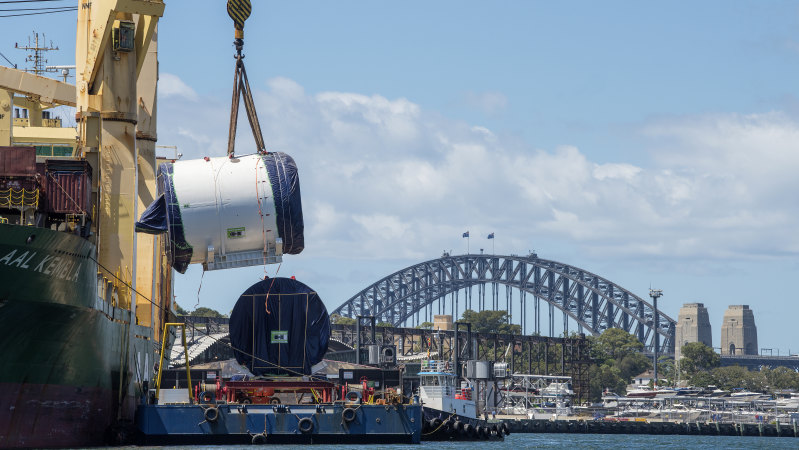