Scientists in Canada have announced the discovery of a new species of dinosaur closely related to Tyrannosaurus rex that strode the plain of North America about 80m years ago. Thanatotheristes degrootorum – Greek for “reaper of death” – is thought to be the oldest member of the T rex family yet discovered in northern North America, and would have grown to around 8m (26ft) in length.
“We chose a name that embodies what this tyrannosaur was as the only known large apex predator of its time in Canada, the reaper of death,” said Darla Zelenitsky, assistant professor of dinosaur palaeobiology at Canada’s University of Calgary.
“The nickname has come to be Thanatos,” she told AFP. 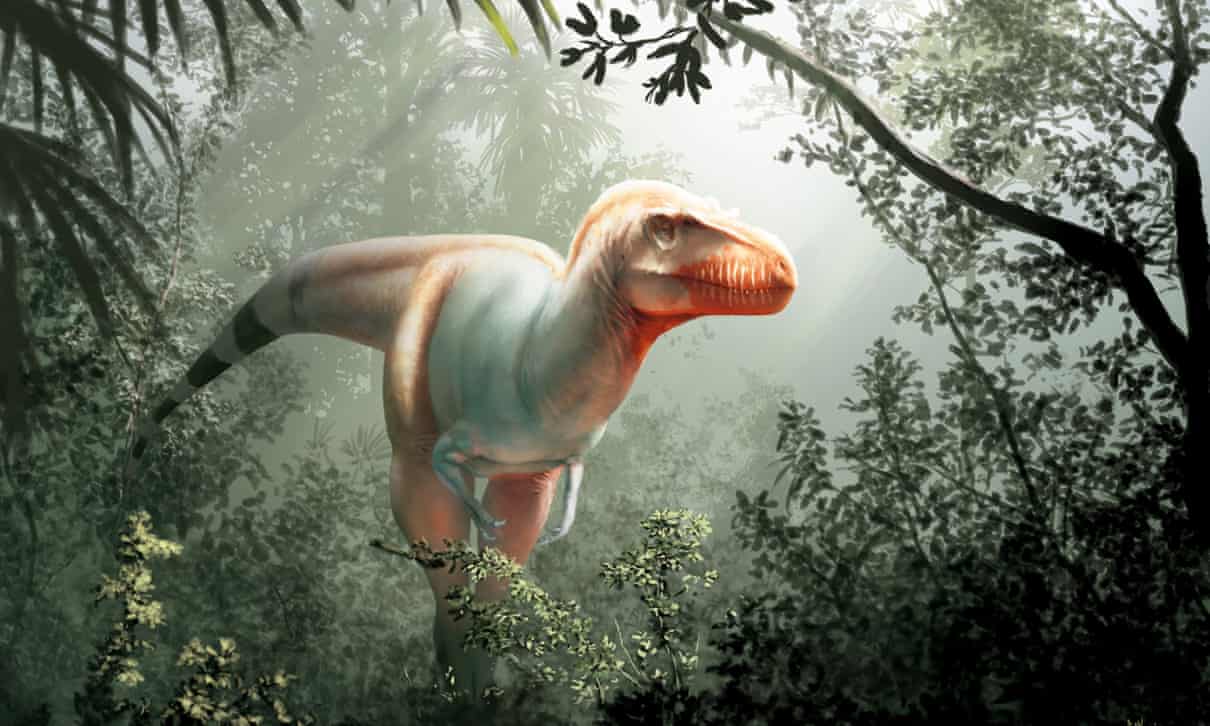