In Turkey, a Frantic Rescue Effort After a Deadly Earthquake

Rescue workers scrambled into the early morning Saturday in a frantic effort to save people trapped under debris in the western Turkish city of Izmir, several hours after a major earthquake in the Aegean Sea leveled several buildings and severely damaged many more.
At least 24 people were killed in Turkey and hundreds were reported injured, officials said. Another two people were killed in Greece from the earthquake, which had a magnitude of 7.0 according to the United States Geological Survey, and was centered off Samos, a Greek island near Turkey’s coast. 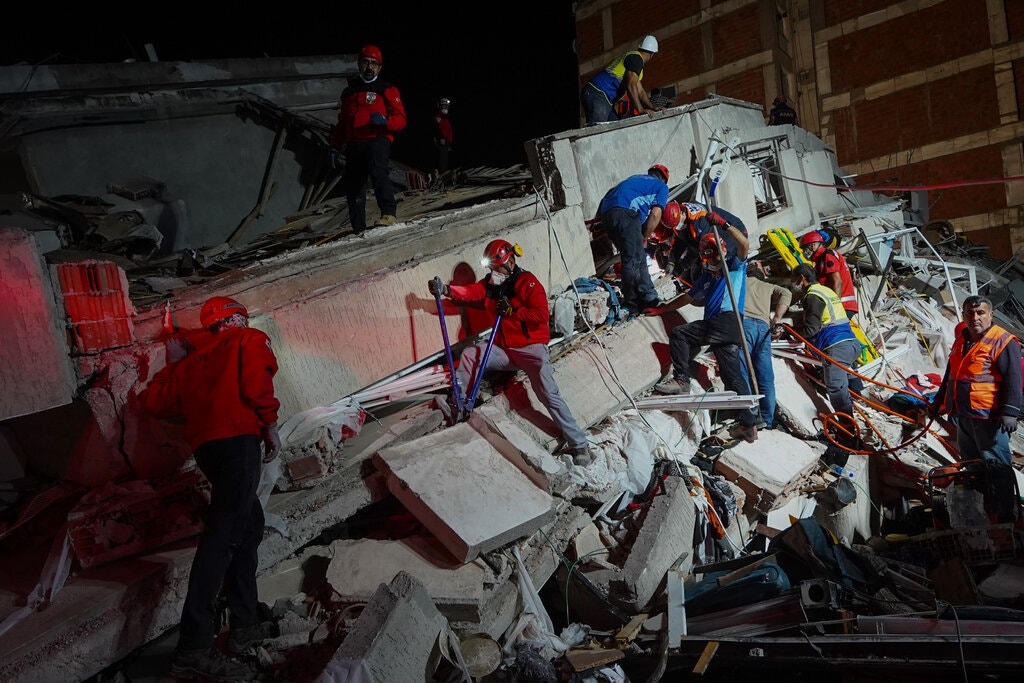