A powerful earthquake sent shockwaves through Croatia on Tuesday, causing major damage to a town south of the country's capital, Zagreb, and killing at least six, according to news reports quoting officials and residents.
The earthquake, with a magnitude 6.4, struck at about 6:20 a.m. ET., according to the European Mediterranean Seismological Center. The initial tremor was followed by a series of weaker aftershocks.
"This is the largest earthquake to occur in Croatia since the advent of modern seismic instrumentation," according to the U.S. Geological Survey. A slightly smaller earthquake shook Zagreb in 1880. 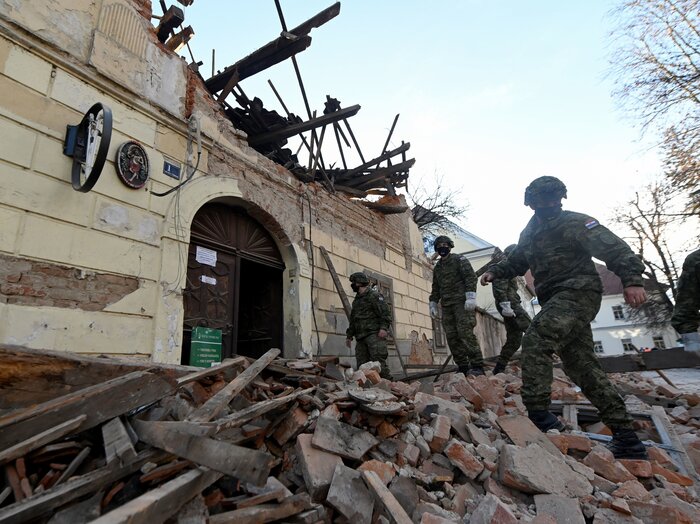