A 7.5-magnitude quake, with the same depth, had hit the same area just after midnight, triggering tsunami warnings.

A large river dammed up by a landslide has now breached its banks sending a "large wall of water" downstream.

Residents around the Clarence River - one of the largest on South Island - were being urged to move immediately to higher ground. 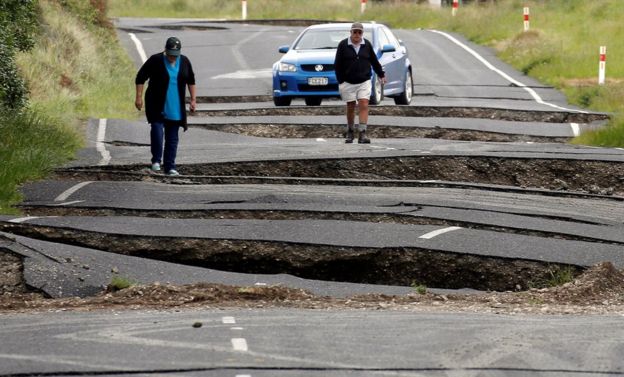