Four earthquakes have struck Italy, shaking buildings in Rome and Florence just months after almost 300 people were killed in one of the worst disasters in living memory.

Residents of the capital described their homes and offices shaking when the first tremor struck at around 10.25am local time (9.25am BST).

The US Geological Survey (USGS) measured the initial quake at magnitude 5.3, placing the epicentre in central Italy at a depth of six miles (10km).

It was followed 50 minutes later by a stronger 5.7 magnitude quake, which caused Rome's metro to be evacuated as a precaution, with some schools calling parents to pick up their children. Just 10 minutes later, a third earthquake measuring magnitude 5.3 hit.

The fourth earthquake struck shortly after 2.30pm local time (1.30pm BST) with a magnitude of 5.2, the USGS said. 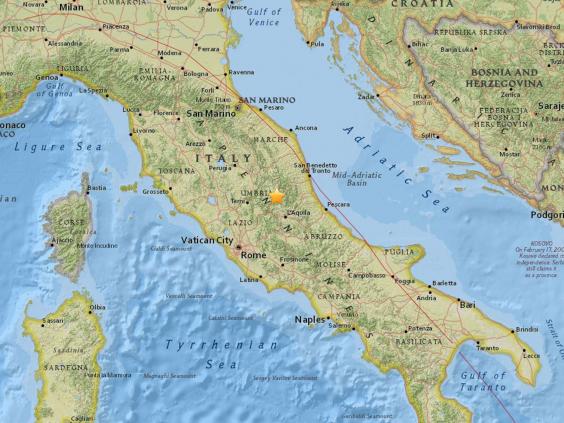