Turkey's seismology center says a 5.3-magnitude earthquake, centered beneath the Aegean sea, shook the Turkish coast. The state-run news agency said the quake damaged a number of houses in five villages and at least four people were injured.

The earthquake struck off the coast of Ayvacik, in Turkey's northwestern Canakkale province at 6:51 (0351 GMT) on Monday, according to the Istanbul-based Kandilli Observatory's seismology center. It was followed by a magnitude 4.9 aftershock. 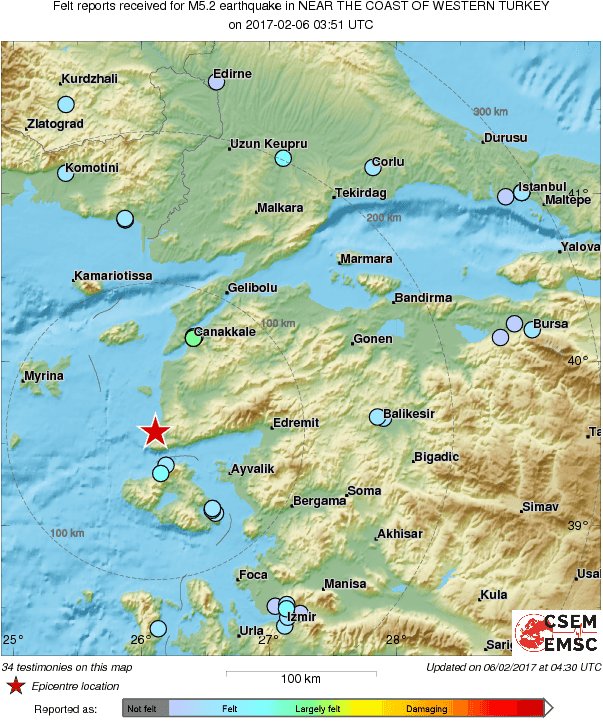