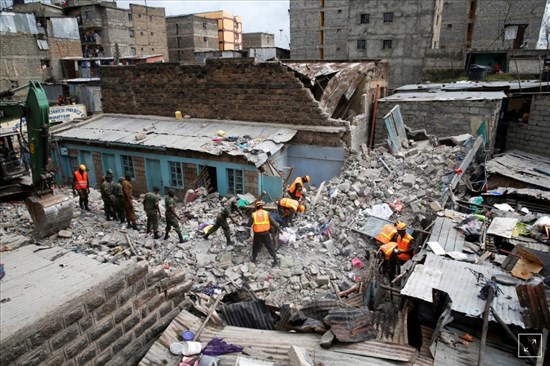 NAIROBI (Reuters) - At least three people were killed after a five-story building collapsed in the Kenyan capital Nairobi in the early hours of Sunday, officials said.
It was not immediately clear what caused the collapse but the authorities say 30,000 to 40,000 buildings built without approval in the capital are at risk, and dozens have died in similar disasters in recent years.