Dozens buried by landslide at illegal goldmine in Indonesia

Dozens of people have been buried by a landslide at an unlicensed goldmine in Indonesia’s North Sulawesi province, the national disaster agency has said, as emergency personnel used their bare hands and farm tools to reach victims calling for help from beneath the rubble.
The agency said two people were dead and 14 were injured, with at least 60 buried. 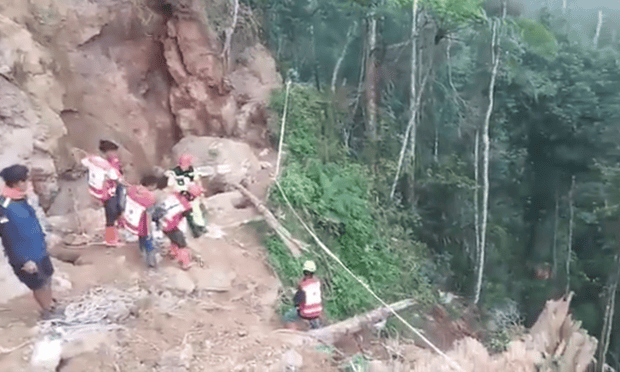