Metro Tunnel's big borings meet up, 11-storeys beneath the city

The State Library station being built as part of the $11 billion Metro Tunnel project is starting to take shape, with the underground station's first platforms being carved out of the earth beneath Swanston Street.
A 200-metre long tunnel has been built beneath Swanston Street, forming a key section of the twin rail tunnels and passenger underpasses at the new station.
Two separate access shafts being excavated at Franklin and A’Beckett Street have now been joined underground via the new tunnel. 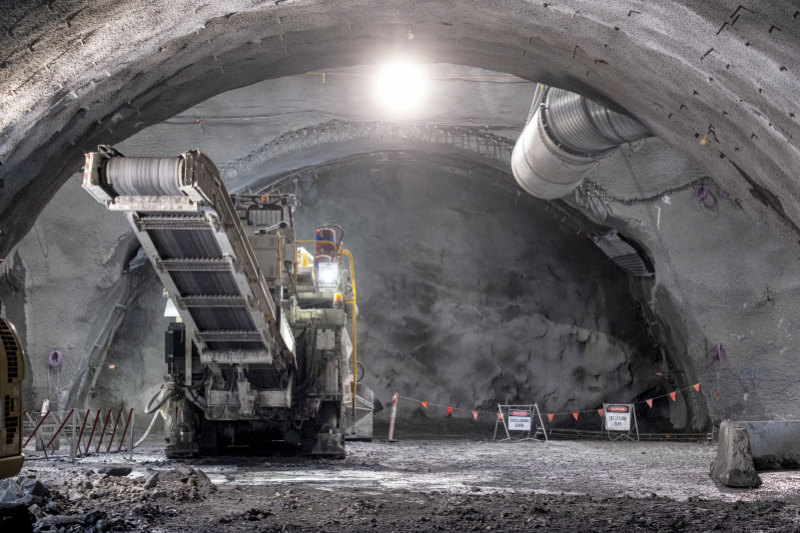