At least six dead as Europe battered by storms, floods and a landslide

Six people have been killed following a weekend of storms, floods and a landslide across parts of Europe.
In France and Italy, torrential rain killed four people and left one missing after it caused flooding and a landslide that swept away a motorway viaduct.
Meanwhile, thunderstorms and strong winds in western Greece led to the deaths of two people who were aboard a boat moored next to a pier in Antirio. 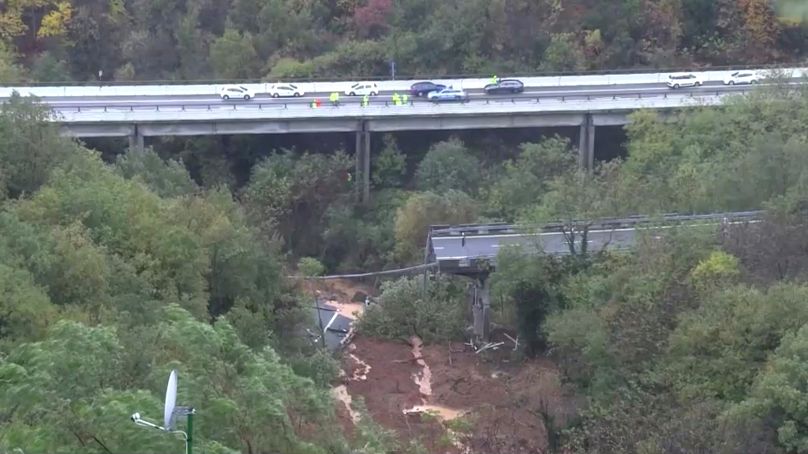