At least nine people have died and 600 people have been injured after a powerful earthquake hit Albania in the early hours of Tuesday, causing damage along the country’s Adriatic coastline and in the capital, Tirana. Several buildings collapsed, burying residents in the rubble.
The 6.4-magnitude quake struck shortly before 4am local time (0300 GMT), the US Geological Survey said, and was the second powerful tremor to hit the region in two months. It was centred 19 miles west of Tirana, at a shallow depth of 12.4 miles. Scores of aftershocks included three with preliminary magnitudes of between 5.1 and 5.4. 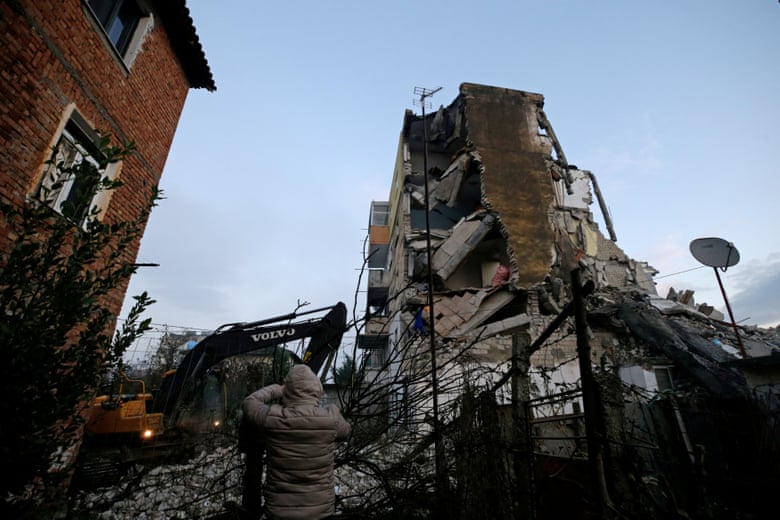