Five people have died and eight are still missing after an eruption on a volcanic island in New Zealand, the country’s prime minister has said.
Jacinda Ardern confirmed that New Zealanders and tourists from Australia, the US, Britain, China and Malaysia were among the missing and injured. The police do not expect to find more survivors on White Island, where two explosions in quick succession sent up a huge plume of ash that could be seen from the North Island.
About 31 people remain in hospital after three people were discharged overnight. In total, 47 people visited the island on Monday. 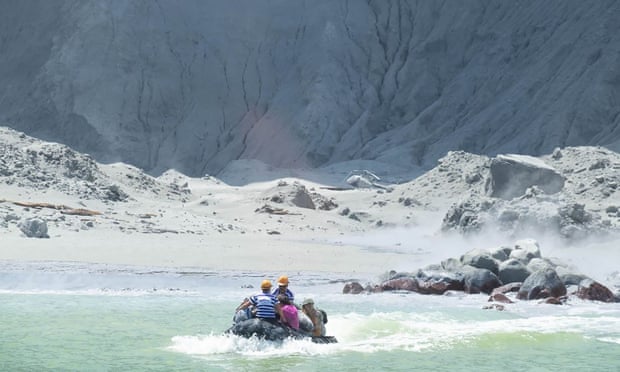