ATHENS, July 19 (Reuters) - A Greek wildfire fuelled by gale-force winds raged in the mountainous region of Penteli near Athens on Tuesday, prompting authorities to order the evacuation of at least four areas and a hospital.
Heavy clouds of smoke were rising into the sky billowing over Mount Penteli where the fire broke out at 1430 GMT, some 27 km (16 miles) north of central Athens.
Images showed the Parthenon temple on the Acropolis hill covered in red light due to the fire burning in the background. By nightfall, the flames were visible from the island of Evia, about 50 km away, according to witnesses. 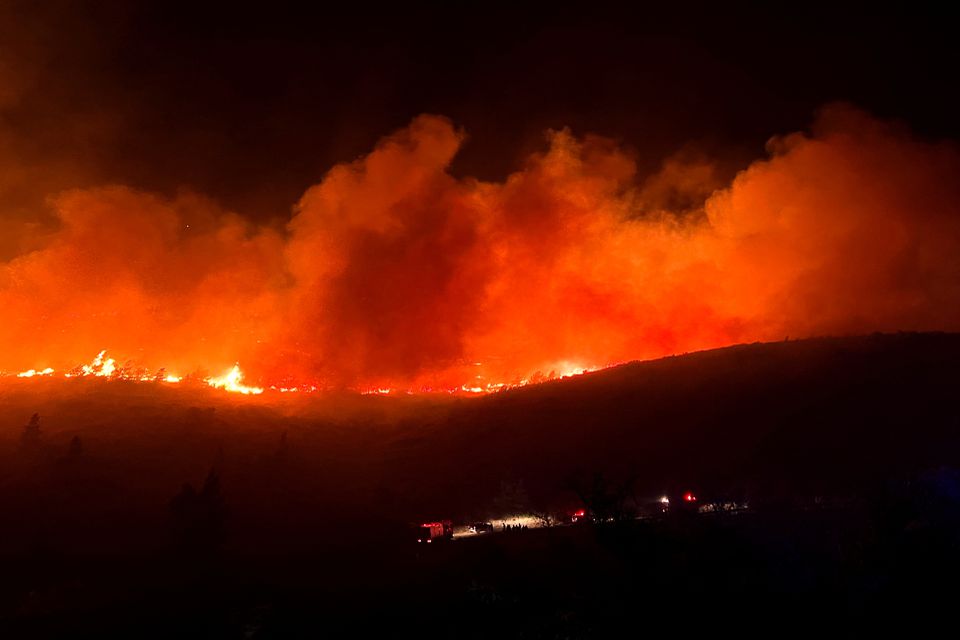