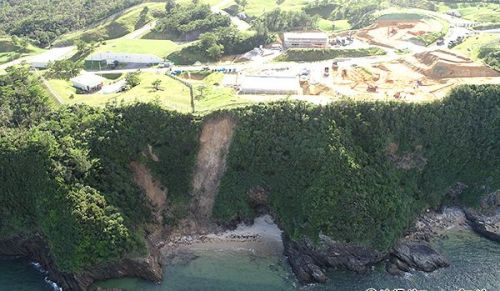 <p>September 17, 2019 Ryukyu Shimpo<br />(Nago) As of September 16, it was confirmed that a landslide occurred near the U.S. military&rsquo;s Henoko Ordnance Ammunition Depot facing Oura Bay in Nago, Okinawa Prefecture.<br />The landslide occurred right next ...
Filed under: Disasters & Failures
This site uses cookies. Read about our Cookie Policy  I understand.