China’s Tianwen-1 spacecraft, currently in orbit around the Red Planet, has dropped its lander and rover — named Zhurong after a Chinese mythological god of fire — completing the most perilous stage of its ten-month mission.
According to Chinese state news agency Xinhua, an entry capsule enclosing them separated from the orbiter at about 4 am Beijing time on 15 May. After several hours it entered Mars’s atmosphere at an altitude of 125 kilometres.
It then hurtled towards the surface at an initial speed of 4.8 kilometres per second, protected by a heat shield. As the probe closed in on Mars, it released a huge parachute to slow its progress, and then used rocket boosters to brake. Once it reached 100 metres above the Martian surface it hovered and used a laser-guided system to assess the area for obstacles such as boulders before landing. 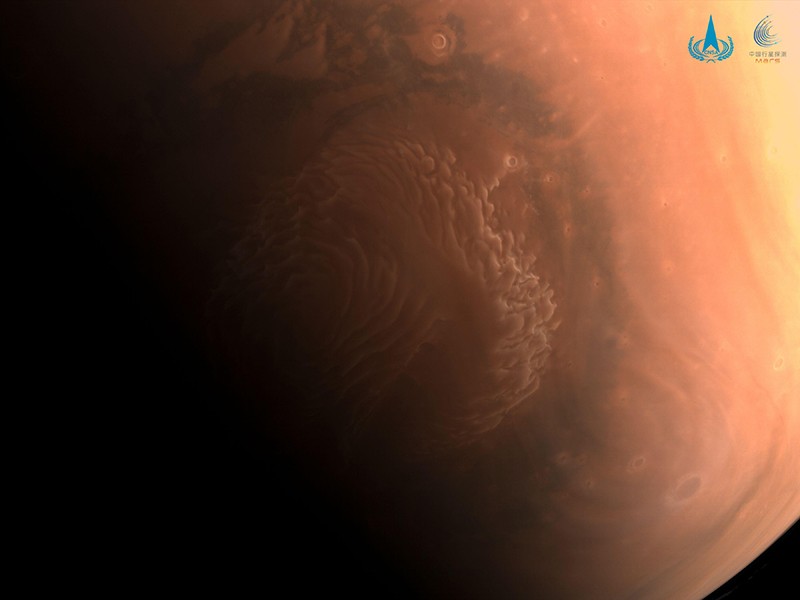